I suppose I should say something about writing. I’m editing. There, that’s it! The good old Work In Progress is progressing. The other one is bubbling along. Other things are being explored too, making art, learning another language and yes, an exciting trip coming up. Enjoying a new, yet familiar place I have moved to. Cooking and walking. Sunshine – there is more of it- and warmth. Busyness and peace. Deciduous woodlands, rolling green hills and birdsong. 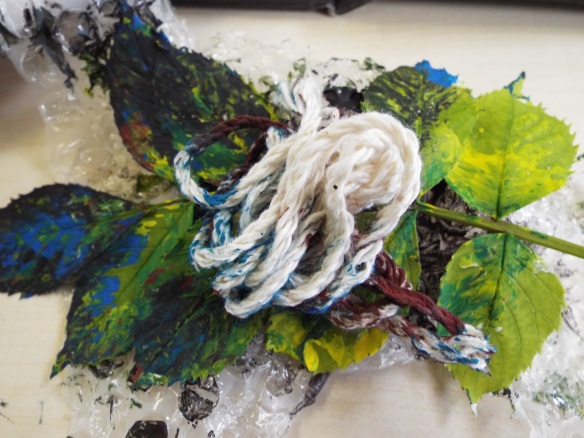 I have mentioned previously that I didn’t get birthday and Christmas presents every year as a child. My mother was an old-fashioned orthodox and stuck by the rules. One of the gifts I did get however was this typewriter, after a lot of pressure from  little me. The guitar was not forth-coming. I banged on and on about wanting a writing machine.

And we got one. I can’t recall where from. 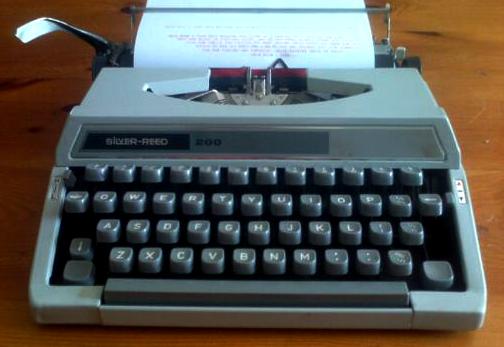 I worked away on it for a few years from the age of ten to eighteen. Churning out poetry, songs, lots of letters for Amnesty, Greenpeace, BUAV, to distant people. Then it got forgotten. I threw away all my written work, including the poems I had won competitions with as a young dark romantic. My era of being precocious, as some of my teachers often called me, had gone.

It was simple. There was no choice. After a long time of little work someone needed to bring in the bread. So I got a full time job, ditching the idea of college to do English or maybe Art, and worked full-time for a few years.

In that time I did keep on with the acrylics and drawings,  churning out stuff people wanted – like a painting of the photograph they took of their holiday place, religious iconography, copies of The Last Supper.

Then I decided to fuck the tedious job with the civil service and go do a degree. Typically I gave myself two options – community work or art and design (textiles). I went for the former. The place I lived in was no longer a world textiles centre but a decaying region all around me. It looked like there was work to be done with people.

Is there always an excuse to not write? Or do we sometimes prioritise other things out of duty, compassion and solidarity. And do we come to realise eventually that the original idea, way or thought was perhaps the best one. Can we do both. Can we achieve working class solidarity, social humanism – through words.

I stand at the same crossroads. But this time, the two will be together. People and Art. Rights and Words. This time I do not ditch the stories in me. And neither should any other working class person. Don’t let art be a bourgeoisie enclave. Write the way you want to. Make it from the heart and soul. Write for you and your people.

As my Ninocha-esque WIP develops and I manage to make it younger with a dash of fun and spoof I remember all the things that I enjoy and have enjoyed throughout my life.

To be alone with my thoughts, to work things out in my head, to create and invent, laugh and declare. To disagree, move on, embrace the new.

I am learning all the time, every day. I am learning to write and re-write, to let go. I am re-learning the thing I love the most – the process. It’s between me and my imagination right now.