My favourite season is almost here and I am looking forward to it.

It’s a bank holiday weekend and the August one is always packed full of events in the neighbourhood – Leeds Festival and Carnival being two major players.

I am staying local and heading to the hills, taking daily walks, studying, reading, writing.

Netflix has a couple of great things on including a favourite film, Like Water for Chocolate and Tokyo Stories.

Then there’s the delightful music from https://meszecsinka.bandcamp.com/album/

Completing a throw with leftover yarns.

There have been many curved balls throughout August to contend with, as some things come to an abrupt end and changes take on a shapeshifting form. Forces are trying to slide things together.

I am asking Mother Earth for synchronicity. I offer personal change and improvement in exchange so I can be a better person. Let there be magic.

Peace by day
The beast unleashes itself at midnight
Screaming obscenities
Hurling objects
She not he
A recurring pattern, fuelled

A baby cat, like a child
In amongst all that, cowering
Be careful what you teach your children
About relationships
Or they will grow up
Shouting abuse in the middle of the night

Kind and loving words save hearts

Back room conversations, hot gossip in the kitchen.  Everyone wants to be there, hanging out of an open door, smoking and listening at the same time. Multi-tasking, but not like the cooks.

Hangovers from the Eve outings the night before. Grinding of teeth round the table. Ungraciousness about table manners. Always in a foul mood when sober. Best kept topped-up.

Other families’ stuff, other couple’s stuff. Glancing round the room, hearing the sub context. Knowing who’s revealed an affair, who knocked some one out in a drunken rage, who needs a women’s refuge.

The years pass, people depart, couples split up, some put and shut up. Kids grow  and leave. Slowly there’s a movement to just you or just you two. Your memories are all good, bad and ugly. You wonder if new ones will come and they do. They are the same. The same scenarios of drunkenness, volatile tempers, pathos, comedy, tragedy. Love, not love.

Life’s a play. But I’ve done with rehearsing for the same one. And with that comes more loss. Loneliness is being in a room full of people, or in a relationship where love is rarely expressed, a friendship that goes round in circles, one you have grown out of. Loneliness is being there the day after and soaking up the aftermath.

In life be brave about decisions, about gatherings, people, and mostly about yourself. 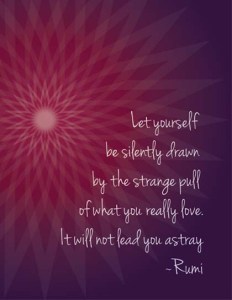